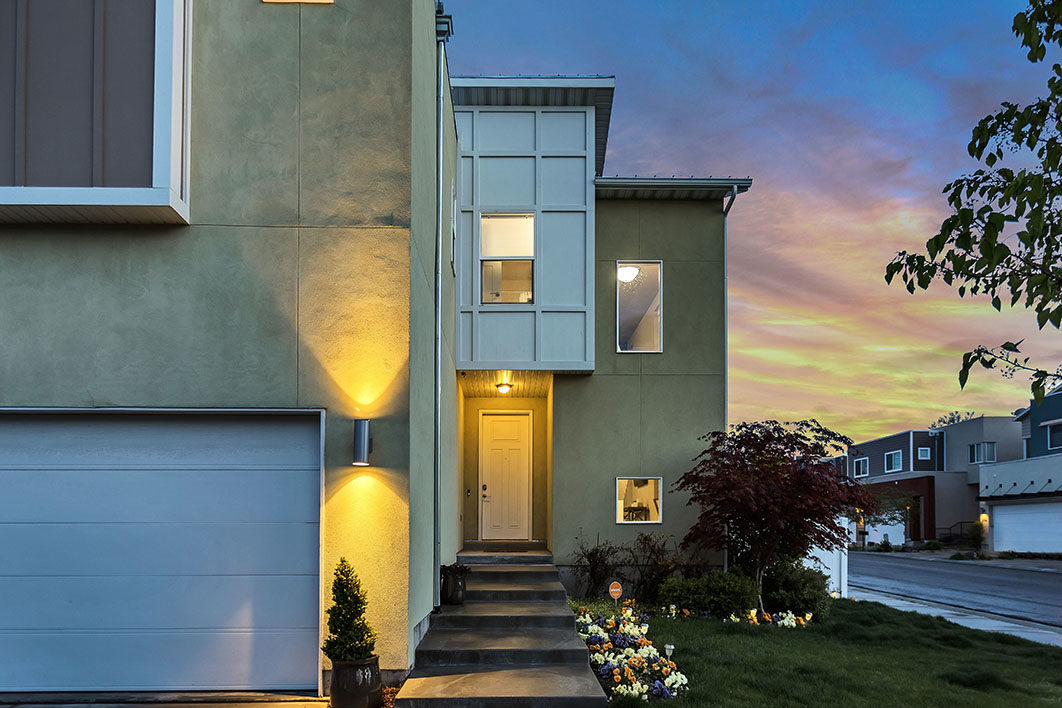 I invest in real estate in several different ways, including Real Estate Investment Trusts (REITs), real estate debt securities, and single family homes that I have lived in for a period time before turning the properties into rentals.   I plan to purchase additional real estate down the road but if I have learned one thing from my previous real estate purchases it is you need to buy real estate with some understanding of where we are in the economic and real estate cycles.   In addition to other factors I’m not going to discuss in this post, you should always think about where we are in these cycles before deciding whether to make a real estate purchase (whether as a home or an investment property). Buying real estate at the top of a market can hamper your plans to achieve financial independence while buying real estate after a drop in the real estate market can give you the ability to become financially free much more quickly.  I’ve summarize two examples from my own experience to illustrate this point.

I failed to take into consideration the economy and real estate market cycle when I purchased an investment property in Las Vegas, Nevada in 2006.  I had purchased a property in California in 2002, sold the property in 2005 after doubling my money, and I was looking to re-invest some of those profits back into real estate.  On a trip to Las Vegas I visited a new community that had seen its new homes going up in value by 5-10% every month. I purchased one of these properties thinking I could ride the wave of appreciation for a year or two and then sell the property for a quick profit.  What a mistake in thinking on my part! The index below charts home prices in Las Vegas over time and you can see what happened to home prices before and after 2006:

In hindsight, all I had to do was look at the above real estate chart in 2006 and consider where the economy was in its growth cycle and I could have known that real estate prices were likely going to drop sometime during the next several years.   I would have never predicted the magnitude of the correction but I should have been able to see that my speculative real estate strategy for this Las Vegas property was not a good one.

One of My Good Real Estate Investments

In 2012 the real estate market was still licking its wounds from the Great Recession of 2008 and there were a significant number of properties still in foreclosure, being short-sold, and being sold as real estate owned (REO) properties.   An REO property is a property that has been bought by the bank in a foreclosure auction and then listed on the market after the bank buys it. One such property popped up in Southern California in 2012 for a little over $380,000 and I quickly acquired it.  Interest rates were low, the property’s value had dropped by 30%-40% since 2007, and the property was in a good rental area if I needed to hold the property for a while. The index below charts home prices in Los Angeles over time and you can see what happened to home prices before and after 2012:

I purchased the property for $385,000 and a little over two years later I sold the property for $600,000.  I would have held on to the property for longer but I needed to move to Northern California for my job (I should have held on to it longer but sometimes we don’t optimize things based on non-financial reasons).  The company I was working for at the time paid all of the selling costs and I wasn’t ready to manage it as a rental while being in another location. I made this purchase during the tail end of a correction in the real estate market and at a time when interest rates were low and therefore my payments were affordable.  I’m not saying I timed this purchase perfectly but I could and did conclude that I was purchasing this property during a period where I was likely to see its value go up over the next 5-10 years. It was also a great rental area with high demand so I could cover my costs if I needed to hold onto it longer than I anticipated.  Real estate, if bought properly, usually gives you a Plan B in case Plan A doesn’t work out.

What about Real Estate Today?

Today, the U.S. economy has been growing for over a decade and is still going strong according to key leading economic indicators.  Real estate prices in most major U.S. metropolitan areas have been going up for almost a decade after bottoming out sometime between 2010 and 2012.   Here are some key facts:

I wanted to give you the above facts because you can’t time downturns in the market or economic recessions but you can see trends.   The current information shows the real estate market and economy have been on an upward trajectory for quite a while and history has shown that years of growth are always followed at some point by a downward adjustment.  Unless the financial engineers of the world can find a way to eliminate market cycles it appears obvious that we are at the late stages of the current economic cycle and it would be prudent to avoid any big real estate purchases at this time unless other factors (such as local demand, a great price on a specific purchase, etc.) are significantly in your favor.

Questions You Should Ask Yourself as the Economy Re-Opens
Is Investing as Easy as Putting All of Your Money into an Index Fund?
A Rising Tide Lifts All Boats – Pick Stocks in Sectors that are Long-Term Winners
Follow Warren Buffet and not the Average American Investor