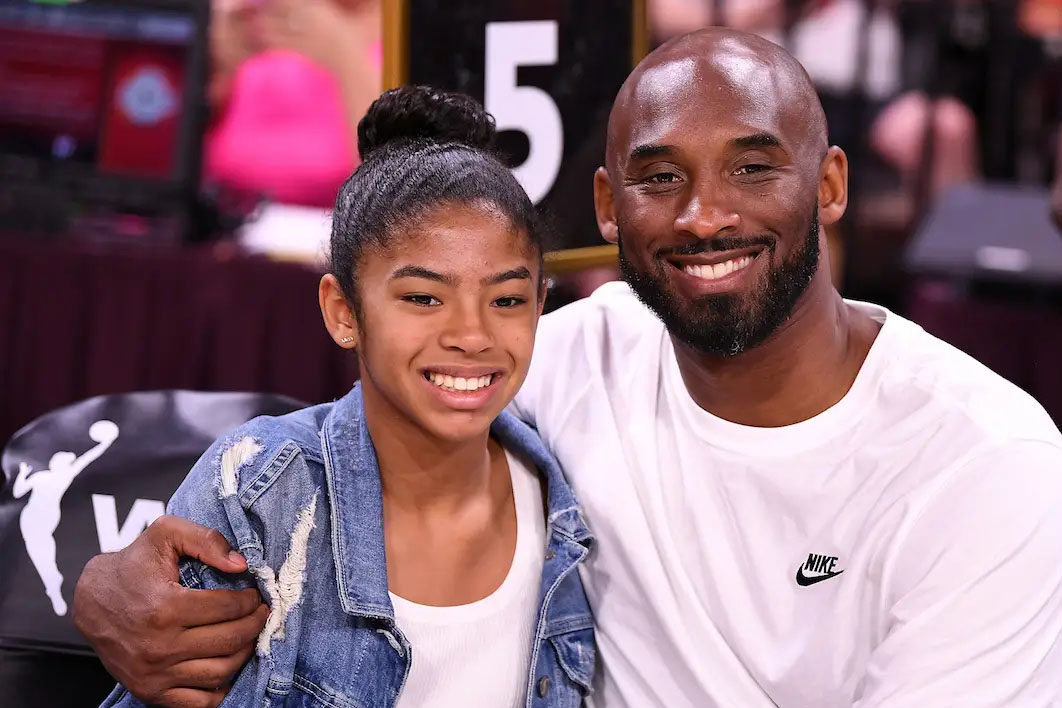 A terrible tragedy took place this weekend when Kobe Bryant, his daughter, and seven other people died in a helicopter crash.  It appears that the helicopter was taking the group to a youth basketball game that Kobe’s daughter would be playing in.  Kobe seemed to be using his time after retirement from basketball to be a wonderful father and a budding businessman.

I have been a Lakers fan for a long time and one of my first sports memories of my childhood is going to watch a basketball game with my Dad when Magic Johnson’s Lakers played Larry Bird’s Celtics.  I continued to follow the Lakers as a young man and I enjoyed watching the Kobe-Shaq Lakers and then Kobe’s final two championships with Pau Gasol and Andrew Bynum.  Kobe’s play on the court brought me hours of entertainment and joy and I absolutely loved the ferocity and focus that he brought to the game for twenty years.   That being said, his greatest impact on my life was how his motivational words encouraged my daughter.

My daughter is a budding young soccer player – her team is one of the best for their age group and we were watching her team make it to the finals of their State Cup Championships when we heard about Kobe’s death. My daughter knows a lot about Kobe Bryant.  It all started when my daughter, who gives her all when she is on the soccer field, panicked in the finals of a tournament this past summer and actually used her hands to stop a ball from scoring against her team (my daughter is not the goalie).  My daughter wanted to help her team win so badly that she short-circuited and did something you never do in soccer – use your hands.  Needless to say she was pretty embarrassed.

Her team still won a close game that day and the following Monday my daughter learned about Kobe Bryant.  I told her about how Kobe Bryant was a talented basketball player, perhaps one of the best ever to play the game, and I discussed how his achievements were built through hard work.  I also told my daughter about his first season with the Lakers and how he shot four air balls in five minutes of the game that eliminated the Lakers from the NBA playoffs.  I explained how four air balls in five minutes was the same as using your hands in soccer at the end of the game and he is one of the best players to ever play the game!  I then found a video of Kobe where he discussed how he handled those air balls.  Was he embarrassed?  Yes, but he soon realized that he needed to get over it.  He was direct about his approach but it resonated with my daughter.  Get over the embarrassment, work hard, change your approach if necessary to be more prepared next time, and envision succeeding.  His words had conviction and my daughter felt Kobe’s belief in himself and his process.

Since then, my daughter asks to listen to motivational videos about Kobe Bryant at least once per week when driving to soccer practice.  She never has played basketball (she is a soccer player and gymnast) so it was amazing to see how Kobe’s words struck a chord with her.  She loved to hear his stories about hard work.  Some of her favorite Kobe stories were about the value of hard work:

“We used to have a camp I used to go to in [high school] and while everyone else was eating and after I finished eating I would go back to the gym.  The others [in the camp] would see me leave and then would be in a tough position because they didn’t want to follow me but they knew I was working.  It was my way of showing them you are not going to outwork me and I am mentally tougher than you.”

“I think the best way to prove your value is to work, is to learn, is to absorb, to be a sponge.  You always want to outwork your potential.  As hard as you believe you can work, you can work harder than that and that’s what I tried to do when I first came in the league.”

My daughter wants to be early to her own practices so she can work at something she loves doing before her soccer practice even starts.  She always wants to be the first person working and if someone from the team is there before we arrive she tells me in the car on the way home that we should get there a little earlier next time.  My daughter shows up to practice ready to get better and she works real hard – in that way I think she felt a connection with the words of, and stories about, Kobe Bryant.

Yesterday, I asked my daughter with some emotion in my voice what she learned from listening to Kobe over the last few months and she said “Work hard doing something you enjoy.” Kobe, I want to thank you for what you gave to me and my daughter through your hard work and excellence.  We mourn your loss, what you could have continued to give to others, and we pray for your family.

The Best Place to Store Your Emergency Fund
The Search for Our Next Home Outside of California – Oregon
My Trip to Home Depot during the Re-opening of the Economy
Dialysis Centers? Real Estate Crowdfunding Deal #2