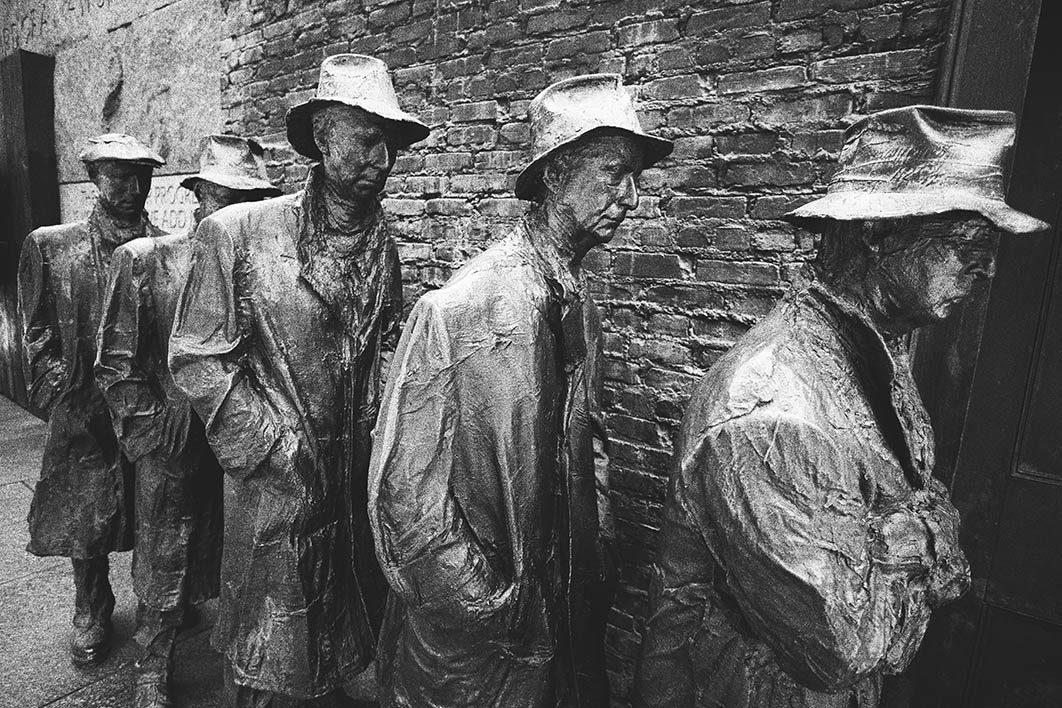 The COVID-19 Crisis is causing a similar disruption to our economy, at least in terms of severity at the potential low point.  Unemployment in the United States is expected to reach as high as one in four Americans during the second quarter this year and the gross domestic product for the United States could fall by 25% or more in the second quarter.   This level of unemployment and economic slowdown, not seen since the Great Depression, follows a period of American economic prosperity where unemployment was at its lowest level in United States history.

The United States policymakers have learned a lot since the Great Depression.  The Great Depression began by the complete collapse of the stock market during October 1929.  The value of most shares of stock fell sharply, leaving financial ruin and panic in its wake.  Businesses closed and banks failed by the hundreds due to the collapse, putting millions out of work.  President Franklin D. Roosevelt’s New Deal programs did not begin to get introduced until 1931 and many were not passed until 1935.  The New Deal program eventually included bedrock legislation like the Social Security Act but it took years of the economy languishing along before many of these reforms were introduced.

In contrast, with the current economic downturn the stock market entered into bear market territory on March 12, 2020 and by March 27, 2020 Congress had passed and the President had signed the Coronavirus Aid, Relief and Economic Security (CARES) Act.  Unlike the Great Depression, policymakers did not allow the economy try to recover on its own for years before acting but instead policymakers used the government’s monetary and fiscal tools to try to quickly put a floor on a crisis.  The speed at which they did so this time around was even much than the government’s reaction to the 2008 financial crisis.  The way in which the government has responded this time with rapid and significant monetary and fiscal help is part of the reason you are seeing the stock market move up last week.

I think we can see how the American Consumer and American Psyche did during the Great Depression, compare it to what is likely happening now, and think about what we can learn from these two challenging times for the country and its people.

The Great Depression forced families to embrace a more frugal and conservative lifestyle. Families did things like grow more of their vegetables, repair clothes instead of making new purchases, and limit trips to movies and other forms of entertainment.  Families had to focus on paying their mortgages or auto payments instead of consuming new goods.  Often, people chose stay at home and play cards and board games like Scrabble and Monopoly.  Families would also listen to the radio as a form of free entertainment.  It took the next boom after World War II to see the next wave of consumer activity in the United States and for decades many of those that lived through the Great Depression embraced a more conservative lifestyle.

The COVID-19 Crisis:  Just take a look at your credit card statements last year versus your March credit card statement.  Last year I had all kinds of different types of expenses on my statement and I spent as much on eating out as I did on groceries.  Those times are gone – my family’s expenses on eating out, gas and entertainment have almost gone to zero.  The longer this stay-at-home lifestyle lasts the more comfortable we will be with limiting these types of activities/expenses.  My wife and I were discussing that even after the lockdown is over it may be a while before we decide to do our monthly dinner and movie date.

What We Should Be Doing:  How could you not make some changes to the ways you think about consumption after experiencing the high levels of unemployment, business failures, and stay-in-home requirements that we will be experiencing over the next few months?  The government hopes that you do not make any changes but that is on you.  Will you continue to trade-up to bigger homes and cars, not really keep a large enough emergency savings, etc.?  My family is in a feast or famine business, the recycling business, and they have always overspent during the good times and been unprepared during the bad times.  It’s a shame but they have never learned their lesson and I wonder if this time it will be different.  The government is likely going to help them stay afloat with some loans that can turn into grants but will they be ready for next time?

You, as an individual or small business, should take advantage of the programs coming into place right now but then you should really take a look at how you and your finances can be better prepared when the next downturn hits.  This could mean changing how you spend your money, how you save it, how you invest it, or some combination thereof.   Do not wallow in the mistakes of the past but plan for a better future.  Some simple questions to ask yourself once the dust settles:

During the Great Depression, economic hardship caused many family breakdowns.  The stress of financial strain took a psychological toll—especially on men who were suddenly unable to provide for their families. The national suicide rate rose to an all-time high in 1933.

Marriages became strained but couples could not afford to separate. Some men actually deserted their families out of embarrassment or frustration.  It is believed that domestic abuse rates rose sharply during this time.

The COVID-19 Crisis:  Right now the immediate strain many people are feeling is from being voluntarily quarantined in their homes without much social interaction.   The American Consumer has been used to spending a lot of its discretionary income on entertainment and experiences and right now both of these things are limited to what a person can do in their home.  The financial strain from this crisis is growing, with 3.3 million jobless claims filed last week, as long as the stay-at-home mandates remain in place.  People are out of jobs, having to work from home with partners and/or kids, and kids are at home 24/7 making things more challenging for families.  It’s early but you can see how family relationships will be tested over the coming weeks/months.

What We Should Be Doing:  Be mindful of how you are feeling and reacting to those with you during this time of stay-at-home mandates and social distancing.   I acknowledge that my emotional fuse has gotten substantially shorter at times during these past few days and I have been prone to snapping at my wife and kids if they do something wrong.  We are not feeling the financial strain of this crisis at this point but each of our schedules has been significantly disrupted and what was fun (take drawing for my kids) has become a “not again” type of activity.   I suggest considering the following to keep things balanced and productive:

God bless everyone.  Keep being united and being kind to one another.

Save 50% of Your Income to Achieve Financial Independence by Age 45
Commercial Real Estate Update in this COVID-19 Economy
Fasten your Seat Belts There is Turbulence Up Ahead
It’s Still the Economy, Stupid