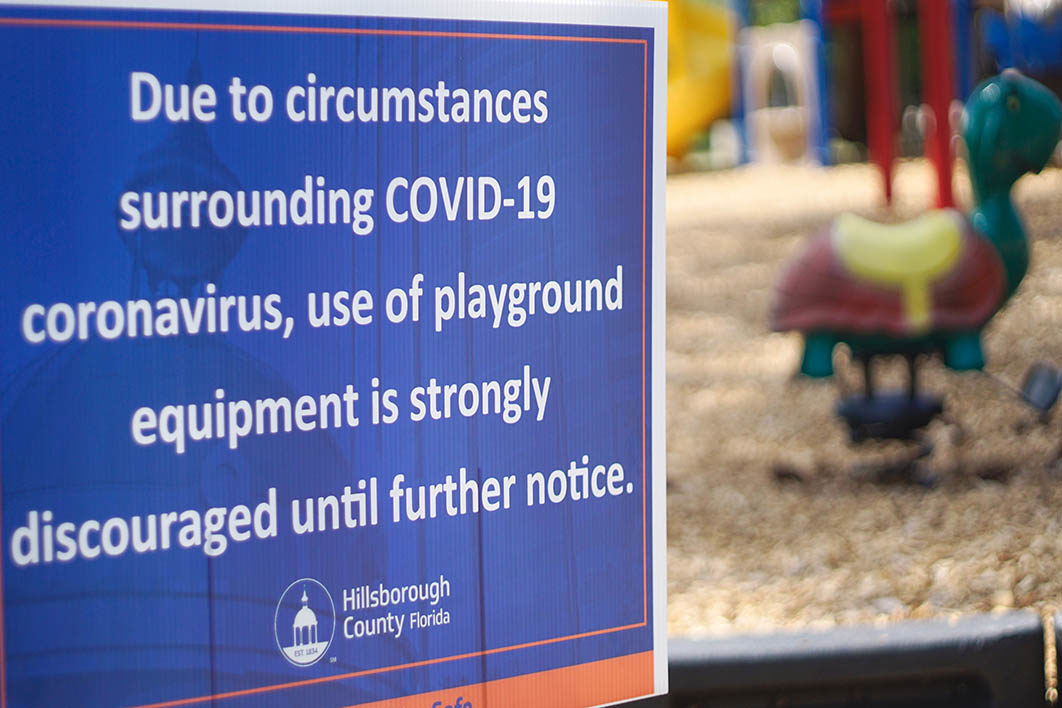 Political advisors have long known that a strong economy means reelection for an incumbent president.

President Trump has relied on this principle but now knows his reelection is in jeopardy as the economy heads into a tailspin due to COVID-19.  Trump is clearly not to blame for this crisis but he will only receive a certain grace period before voters blame him for their challenging situation.  Trump understands that we are approaching the end of March and the presidential election is only a little more than seven months away.   If the social distancing in this country lasts through July or August then Trump’s chances of re-election goes down the tubes.  That is why this evening Trump emphasized at the daily White House briefing that “America will again and soon be open for business.” Trump knows that if he begins to push for lifting restrictions soon it is not the best way to stop the virus in its tracks and more people will get infected and more people will die than if we quarantined for a longer period of time.  However, getting people back to work will restart the economic engine that Trump needs to be humming along by the time people head back to the ballot box.  Especially for many of the states that helped him win the election in 2016.

The Democrats in Washington D.C. also know a prolonged fight against the Coronavirus and a limping economy is bad for them but worse for Trump.  A fiscal package to help the U.S. economy should already be on the President’s desk for him to sign but every day of delay is hurts citizens who vote and the corporations that employ them.  People vote for change when things are not going well.

This week will determine whether the economy will receive the support it needs to hold its ground while we fight the virus and then return to a period of strong growth later this year.  A big, and appropriately targeted, fiscal package will help bridge the gap for Americans that are missing paychecks and provide a backstop for American businesses that no longer have customers.  The Federal Reserve just stated in its morning update that it is going nuclear with unlimited quantitative easing that includes buying assets beyond Treasuries, like corporate debt, for the first time ever.  This is a strong move by the Fed and shows how bad things have gotten for the economy.   President Trump kept the pressure on the Fed and he got what he wanted with them – he needs to do the same with Congress, both Republicans and Democrats.  It is good for his reelection chances but it is also good for the economy.

President Trump does not really have the power to choose whether we go back to work in a few weeks.  If you have not noticed, the current efforts only work through a coordinated effort by local, state and federal governments.  So even if Trump wants to send everyone back to work he can only do so if the governors and city councils throughout the United States support his agenda.  I cannot see this happening with many of the larger states that drive the U.S. economy, such as New York and California.  Governors Cuomo and Newsom are likely to resist allowing their constituents back to work if the number of COVID-19 cases in their states is still growing.  It is unclear what the average American and average American business will do with conflicting mandates from differing governing bodies.  This could become a very contentious situation if it gets to this point.   Trump needs to focus his efforts on getting the right fiscal package through Congress.

Are Americans Up for It?

At the end of the day it is going to require the average American and average American business to act responsibly for several more weeks in order to beat back the virus.  I believe the majority of people are acting responsibly and treating this situation like the serious threat it is to our livelihoods.  However, the images of young adults partying it up in masse on the beaches of Florida and people walking in hordes to see on the cherry blossoms in D.C. is disheartening because it shows that some of our citizens do not understand what it means to sacrifice for the greater good.  We should see this as a moment to do what is best for our country, our family, our friends, and our communities.

We are social animals and we love social interactions so I am sure it has been a tough week for many of you.  If you live by yourself you have really been by yourself this past week if you are following the rules.  If you are a grandparent you are really being cautious with quarantining and you have had to stay away from family and friends.  If you are a parent with kids you are spending A LOT OF TIME with them in close quarters and probably having a lot less me time.  Everyone following the rules will have to deal with some personal version of cabin fever in the coming weeks.

We need to remember:

It is that simple.  We should do what is right with what we can control.

Stay at home and do your part.

And give your politicians, Republican or Democrat, hell to pay if they do not do what they need to do.