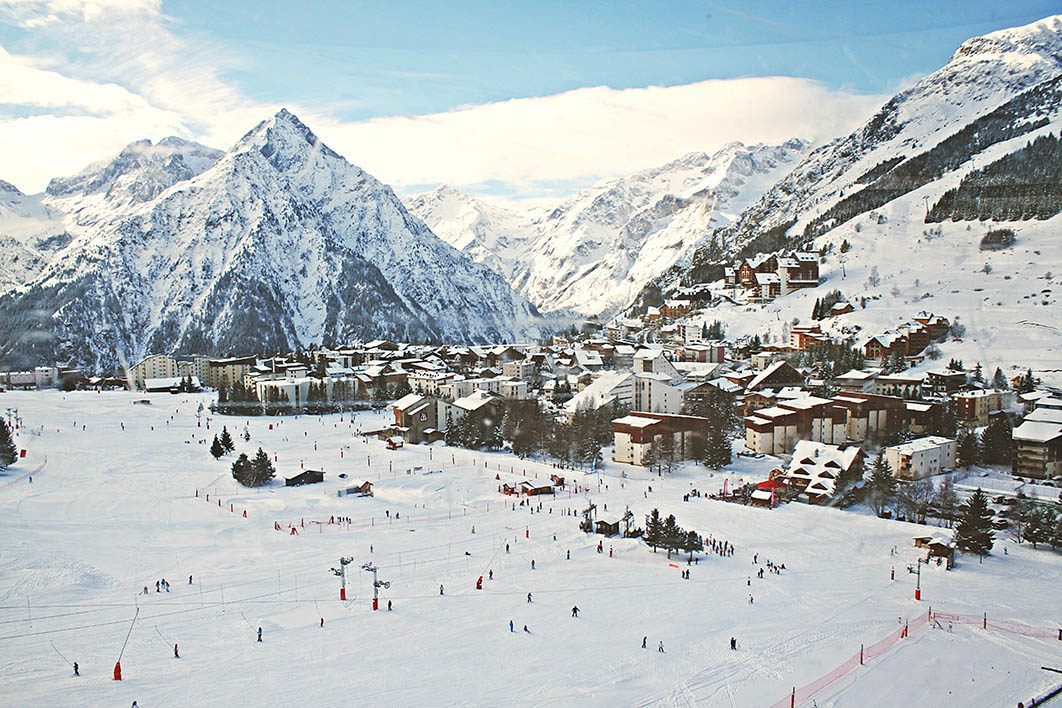 Like a party straight out of The Great Gatsby novel by F. Scott Fitzgerald, the rich and powerful meet every year at a small resort town in Switzerland to sip champagne, mingle, and discuss the global economy and other important topics like climate change and politics.  The formal name for this event is the World Economic Forum but most people refer to it as Davos, the name of the small ski resort. The January 2020 event just finished.

Unfortunately, I did not receive my ticket to Davos this year but I watched the interviews and read articles about the summit.  I’ll keep this post short but here are the three main themes that I took-away from this year’s event:

CEOs have gone from record optimism two years ago to record pessimism now.  One chief executive summed it up nicely – “the market’s up 30 percent but it doesn’t feel like it.”

Everyone I heard speak about Davos agreed that the global central banks and their historically friendly monetary policies are keeping this global economy and the stock market from falling.   Unfortunately, this means the Fed and other central banks will have fewer tools than normal to help the economy if it begins to head south.   If the Fed tries to raise interest rates, as it did in 2018, the markets may have another visceral reaction as they did in late 2018 when, for example, the S&P 500 dropped by almost 20%.

Some big time money managers were referring to the current stock market as “crazy.”  One said, “We are in the craziest monetary and fiscal mix in history.  It is so explosive.  It defies imagination.”

Several attendees felt there was going to be a final surge in the stock market before it ultimately pops.  One attendee commented that there is still a lot of cash on the sideline and those holding on to cash might just jump into the market in 2020 to cause a final market run-up.

The point is the music is still playing because of the Fed and other central banks, those not dancing might get on the dance floor this year, but the music is going to stop at some point. No one is really sure when the party will be over but they are afraid to go home early and miss the last exuberant hurrah.

The Rich and Powerful are Getting Worried about Revolution

The leaders of the world economy talked an awful lot about how there is a big gap in economic prosperity between those the wealthiest of us and everyone else.  The cynic in me makes me believe the giants of the economic universe are trying to get ahead of the upheaval that everyday folks could cause in upcoming political elections.  There was a lot of discussion at Davos by corporate CEOs related to including employees and others as major stakeholders in the success of the corporations they are part of.  I want to note – it was a lot of talk and not a lot of action.   But be sure these leaders of the world will be looking at things like who comes out of the Democrat primaries in the upcoming U.S. elections.  If it is someone like Bernie Sanders or Elizabeth Warren, these power players may begin to take the upcoming U.S. elections more seriously and as a threat to the current friendly economic environment for corporations.

They are Keeping an Eye on the Coronavirus

A virus, call the coronavirus, has broken out in Wuhan, China and is spreading.  The virus causes pneumonia and, in some cases, can cause death for people already in poorer health.  China has already limited travel for 35 million of its citizens to try to stop the spread of the virus.  This is unprecedented.  As of Friday, over 900 people had been confirmed to be infected and over 26 deaths had resulted from the virus, and there had been two confirmed cases of the virus in the United States.  As of today (Monday), 2,700 have been infected and over 80 people have died from the virus, and five people in the United States are confirmed to have the virus.  Rapidly expanding outbreaks can cause panic, cause travel and certain types of commerce come to a halt, and result in things like stock market sell-offs.   Some experts are saying this virus could not come at a worse time for the Chinese economy, which is already slowing, because the economic uptick from the Chinese New Year will not happen.  The negative economic impact to the Chinese economy and certain industries could be significant if the virus continues to spread and the U.S. stock market, which is at all-time highs, may react swiftly and negatively if the virus is not contained soon.

Longer-Term, the U.S. and China Fight for Global Supremacy is Worrisome

Most of the business leaders at Davos are doubtful the U.S. and China will reach a “phase two” deal in 2020 and the battle for economic, technological and military supremacy will continue.   In fact, executives from supply chain companies were surveyed while at Davos and a continuing U.S.-China trade war was seen as the top threat to global growth in 2020.  In fact, the talk at Davos is that a new high tech cold war between the two countries is a coming battle and it could spill over to other types of conflicts between the two countries.

What Does This All Mean for Normal Folk Like You and Me?

For my own advisor-managed portfolio I noticed my advisor recently moved more of my portfolio in to real asset and gold positions.  When I asked why he made these moves now he cited many of the things discussed at Davos, including the coronavirus, and the all-time highs in the stock market.

Why I am Investing Heavily in REITs
Spring Clean Your Finances in January
Is it Time to Start Buying Bank Stocks?
Two Steps to Take During the Home Buying Process to Get the Home You Want